Written by david kemp. Posted in The Blog

Uncertain instruments  continues at THE CUSTOMS HOUSE SOUTH SHIELDS, until the 7th Febuary 2010.

I have asked if I might supply a little more text,. This is a piece I wrote for the original catalogue at the Newlyn Gallery.

In 1791 the Italian Luigi Galvini,living on the shores of LakeComo, was making some anatomical  drawings of a frog, when his scapel slipped, touching a nerve,& causing the frogs leg to flex .”Electricity”was deemed to be the cause, a shocking discovery that created  great excitement amoungst the “Natural Philosophers” of that time, who perceived electricity as ” the very stuff of life itself”

On the shores of anothr lake, Lake Geneva, another artist, Mary Shelley, wrote her Frankenstein story,based on these early scientific enquiries. Many, many generations of frogs later, our lives are all but lived for us by a myriad of electrical inventions & instruments. Although we have not yet quite discovered the “ultimate technology” that can create life itself,we have achieved a monstrous  capability to destroy it ?

We live in a world full of the clever things that we have made,& there are many more as yet unmade. Many instruments,even those designed with philanthropic aims,have been developed for purposes other than their inventors intended.For example, Thomas Edison patented his phonograph,which recorded human speech,in 1878. In the same year he patented his phonometer,which translated human speech into rotary movement by means of a flywheel.The machines looked remarkably similar,both having a wheel & a mouthpiece. Although the murmerings of the dispossesed masses might  have been harnessed  to provide power for the privileged, the phonograph was to prove more enduring.

Maxim, inventor of the famous gun,dreamt of achieving steam powered flight. Ironically,  his gun was to prove the demise of  many birdmen; other birdmen became bomber pilots. Samuel Morse was not an electrician,but a landscape painter. His invention changed the world in more ways than one.His vision also created the archetypal”vanishing point” landscape of receeding railway lines & diminishing telegraph poles .

Technology has provided function, power& status,and the tools to make our dreams seem  real. The things we  aquire speak for us, what we discard also speaks. In this exhibition fragments from obsolete  technologies have been collected & reconstructed into some of the instruments that didnt change the world.

Some of the components may seem familiar, although their functions appear to have changed. Could these be the apparatus  from nearly parallel worlds. 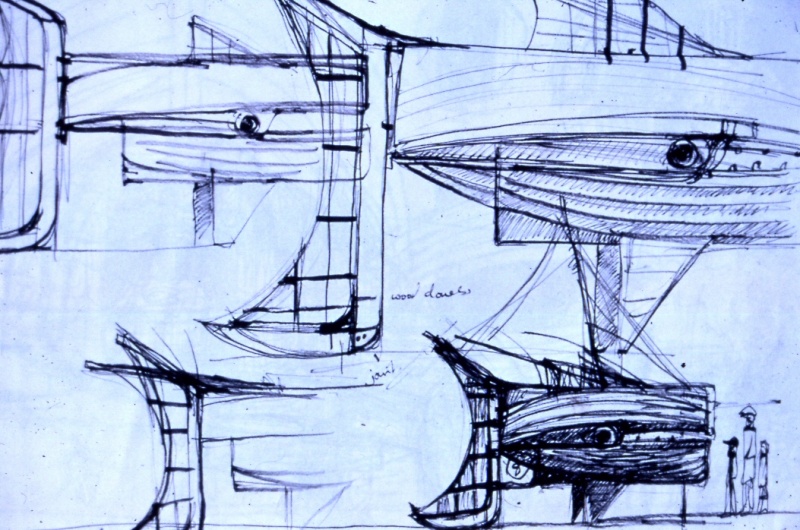